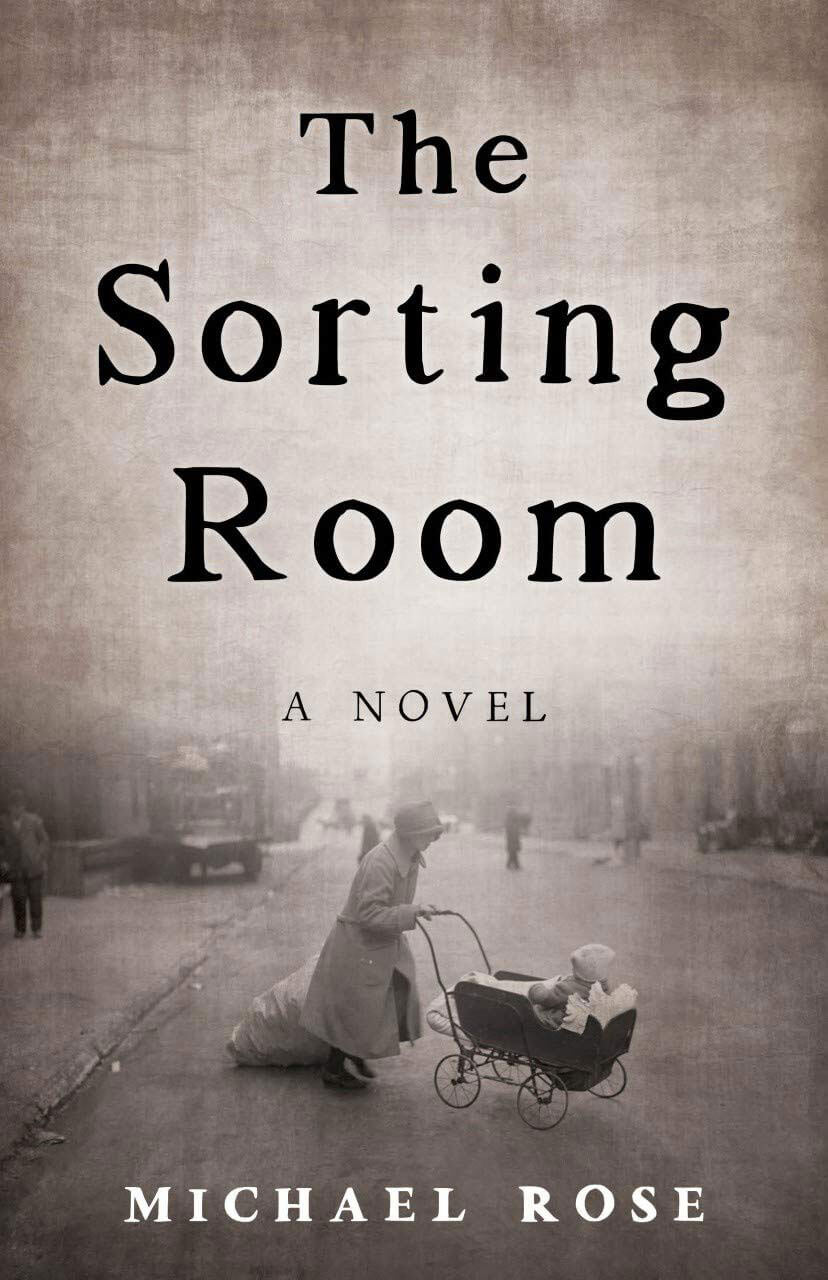 In Prohibition-era New York City, Eunice Ritter, an indomitable ten-year-old girl, finds work in a sweat shop―an industrial laundry―after impairing her older brother with a blow to the head in a sibling tussle. When the diminutive girl first enters the sorting room, she encounters a giant: Gussie, the largest human being she has ever seen.

Gussie, a powerful, hard-working woman, soon becomes Eunice’s mentor and sole friend as she finds herself entrapped in the laundry’s sorting room by the Great Depression, sentenced to bring her low wages home to her alcoholic parents as penance for her childhood mistake. Then, on her sixteenth birthday, Eunice becomes pregnant and her drunken father demands that the culprit marry his daughter, trapping her anew―this time in a loveless marriage, along with a child she never wanted. Within a couple of years, Eunice makes a grave error and settles into a lonely life of drudgery that she views as her own doing. She spends decades in virtual solitude before her secret history is revealed to those from whom she has withheld her love.

An epic family saga, The Sorting Room is a captivating tale of a woman’s struggle and perseverance in faint hopes of reconciliation, if not redemption

An extraordinarily tough girl is forced to grow up fast in this historical novel set during the Prohibition era.

Eunice Ritter is a memorable protagonist: a scrappy 10-year-old girl, the child of two lazy, criminally irresponsible parents more interested in alcohol than their kids. One accidental event changes Eunice’s life forever—she punches her older brother, Ulrich, in the left temple, a blow so severe it leaves him in a permanent haze: “He would never be the same. Nor would he ever torment his younger sister again. As far as Eunice could determine, he never thought to do so.” Wracked by guilt and eager to get out of the house, she finagles a job at a local laundry, work so hard and repulsive that her superiors are amazed she doesn’t puke or quit or both within the first hour. Eunice persists and earns a reputation for being both spunky and indefatigable. Then, on her 16th birthday, she gets drunk at a local saloon and is raped by foul-mouthed Swede JP Erikson, a violation that leaves her pregnant; neither is interested in marriage, but Eunice’s father compels it. Now, Eunice is trapped—she’s burdened with supporting her deadbeat parents and tethered to the fortunes of a violent drunk. But things get worse; when she becomes impregnated by another man—Native American Joseph Seneca—she realizes she must protect her kids (she has twins) from the wrath of her husband. In this absorbing emotional drama, Rose artfully paints a gritty tableau of Depression-era New York City in all its Dickensian squalor. The author deftly portrays the laundry where Eunice works: “The sounds of the plant became sharper as Eunice followed her escorts into the room where the mangle—the largest machine in the plant—yakked, hissing and clanking. At opposite ends of the monster, separate trios of women stood side by side. Three fed a washed, dried, wrinkled bedsheet into the mangle’s jaws.” Moreover, Eunice is a remarkable hero—a vulnerable child who refuses to acknowledge that vulnerability, always zealously looking to assert some sliver of independence. Rose has composed an affecting and unpredictable story, unsentimental and unflinching.

An engrossing tale of a young woman’s astonishingly hard life.